Codeanywhere has had native mobile Apps for as long as Codeanywhere has been around. But they were never really on par with the Codeanywhere browser based Cloud IDE, they were simplified versions that gave you core features to use, when you were away from your computer.

The latest update has been a long time coming. The reason being that we at Codeanywhere said “No more!”, we will not do another incremental update to our Mobile App, but create an all new App, a fully featured App, a real (for lack of a better word) Mobile IDE.

The team has been working tirelessly for more than a year to bring you not just a simple Mobile Code Editor but a full blown Mobile IDE to your Android device, an App that really does enable you to “Code-Anywhere”.
Now we are finally releasing it today and we can proudly say that it is, in our view, the first ever real Mobile IDE.

So please to download it, try it out, and let us know if we are on target with our vision. You can find it on the Google Play store.

Also you can keep reading here to find out more of the new features you can find in Codeanywhere for Android.

No matter the screen size, the code editor will never let you down. Either in portrait or landscape mode, it will syntax highlight more than 100 languages and autocomplete HTML, XML, CSS, and JavaScript. 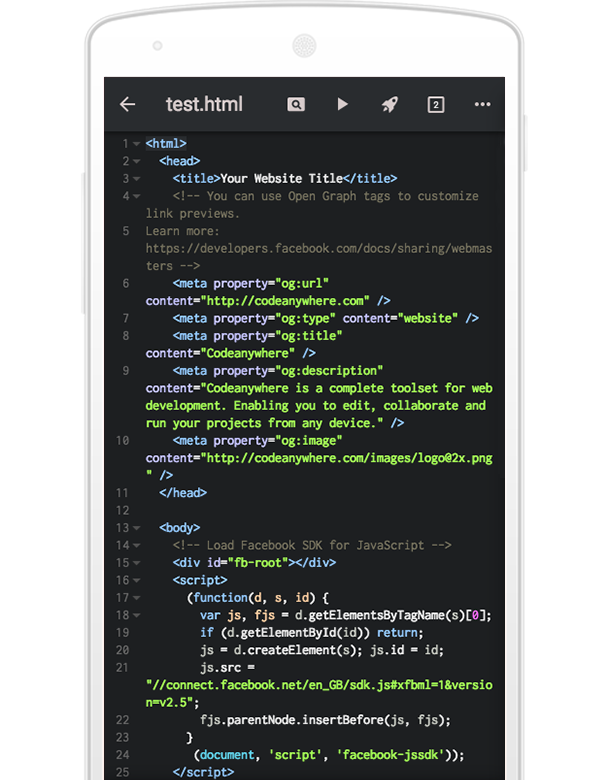 Connect to any machine and use our SSH Terminal as if it was your local. From Bash to Nano to Vi, take your pick. 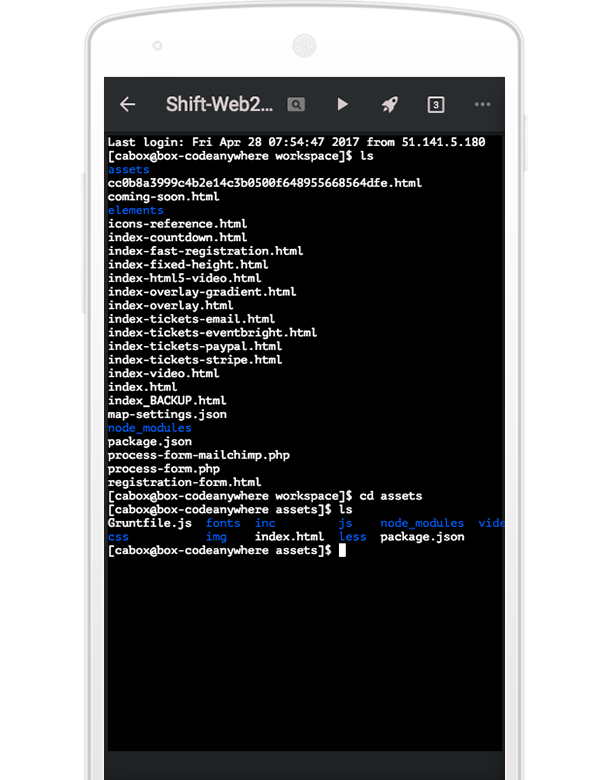 The core feature of Codeanywhere, no matter what device you are using it on is that it is platform agnostic - Connect to any VM from any vendor with any protocol; SSH, SFTP or even FTPS. On top of that you can easily get your cloud hosted files on Dropbox, Google Drive, S3 or OneDrive.

Lastly and most importantly, you can pull your repositories from GitHub or Bitbucket in single click. 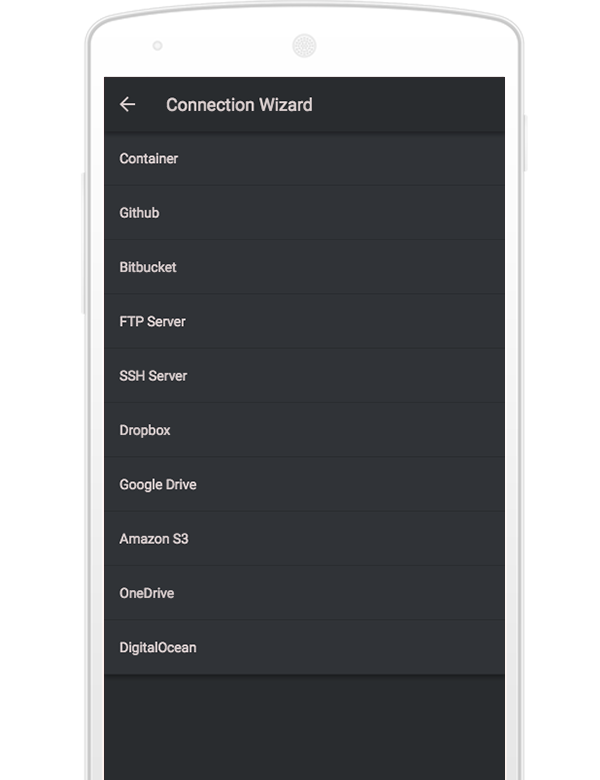 Spin up a Server

Don't have a server? Just want to start coding? No problem. Codeanywhere can spin up a server in less than 30 seconds! 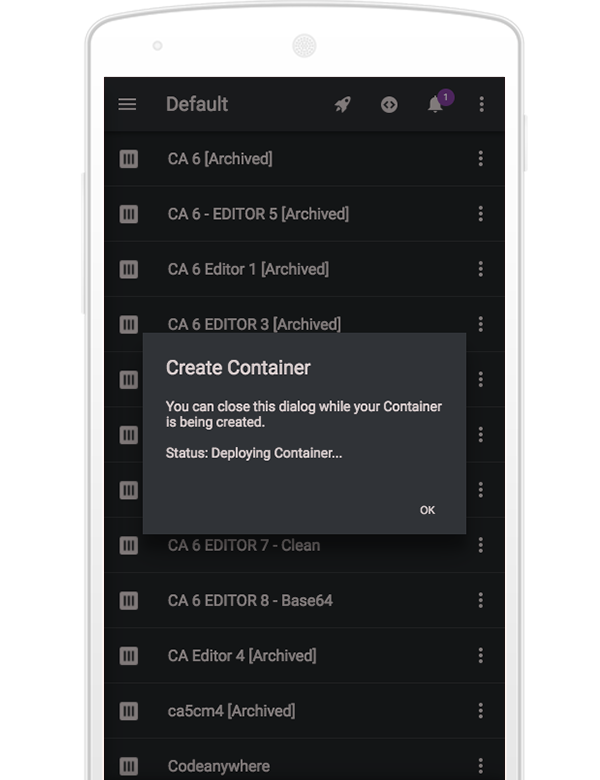 Download new Android app now and try it out!

Login in today and try out these new features.