Our vision here at Codeanywhere is to help people code; easier, faster and together. We have been on this mission for a while now and have met lots of like-minded people along the way, who have helped us on the path to the realization of this vision.

Last September at Techstars' alumni event called FounderCon, I had the pleasure of meeting one of those people. I met Tom Preston-Werner, one of the co-founders of GitHub. After a brief conversation, in which I received very valuable feedback on Codeanywhere's future, I asked if there was anything I could help with in return. The simple answer was, “Yes, anything you can do for Codestarter would be great.” I hadn't heard of Codestarter until then, but was instantly sold on the idea of helping kids learn to code!

After FounderCon was over, I checked out the website to learn more about Codestarter and see how we could help. Codestarter, which was cofounded by both Tom and Theresa Preston-Werner, is on a very important mission to ensure that every child has the opportunity to learn how to code. And learning to code starts with having a computer.

But, as I read further, I saw that their mission actually goes way beyond simply providing laptops for kids and teaching them to code. It is, in fact, about long-term benefits for underserved children and their impact on the tech industry that they may choose to enter later. Furthermore, the kids Codestarter works with represent an incredible diversity across gender, race and class. A diversity of experiences, needs and opinions that can enrich the tech industry as a whole. I believe that everyone in the tech industry should work very hard to attain this.

Because of this, we here at Codeanywhere are very, very proud to have donated two laptops so far, which have been given to two 14-year-olds – Ashley T. and Celia O. We really do hope they will make a difference in their lives.

We will not stop here. Codeanywhere will continue to donate laptops through Codestarter and, hopefully, be able to donate 12 laptops by the end of 2015. Codeanywhere is always looking for ways to help. Aside from Codestarter, we also support CoderDojo (more about that in a future post). So if any of you know of anything else we can help with, feel free to get in touch with us.

To end this blog post, I would like to ask all of you to help, either by donating or just by spreading the word, and support Codestarter in their mission to “ensure that every child has the opportunity to learn how to code”.

You can all find out more at Codestarter.org 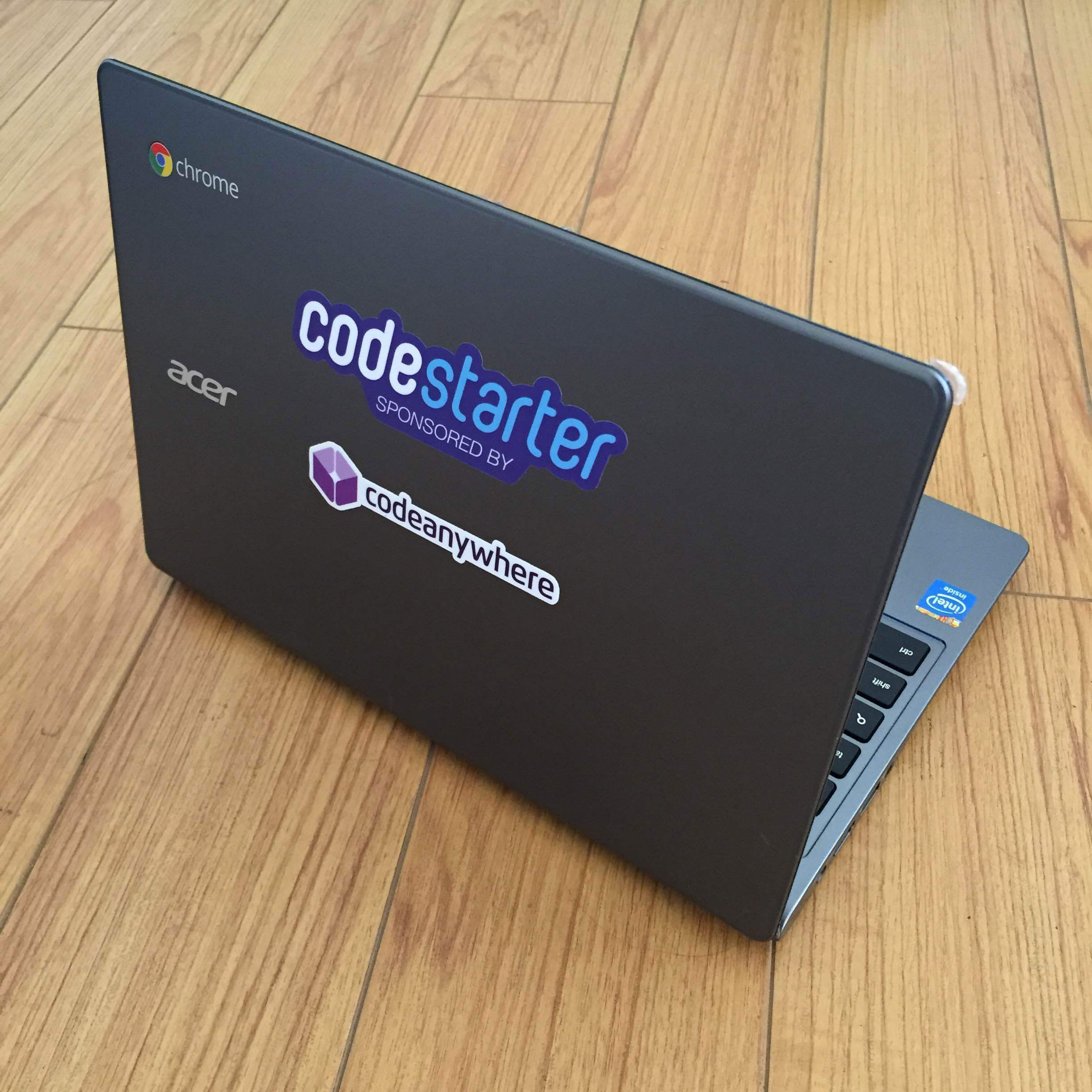