Since Apple open sourced Swift last week it’s been the hottest topic around. Why? Well Swift was designed to make it easier for programmers to build apps for OS X and iOS, but now it can be used for Linux as well. Not only that, Apple has made it possible to port Swift to any OS, such as Windows or Android, but are leaving that task to the community.

We really like Swift here at Codeanywhere especially now that it's Open Source. So we thought you would as well, and that's why today we are proud to announce that you can now spin up a Container in Codeanywhere with a Swift stack preconfigured.

To start coding in Swift go to File > New Connection > Container and pick Swift hit Create and in about 30 seconds your Swift container will be ready to go! 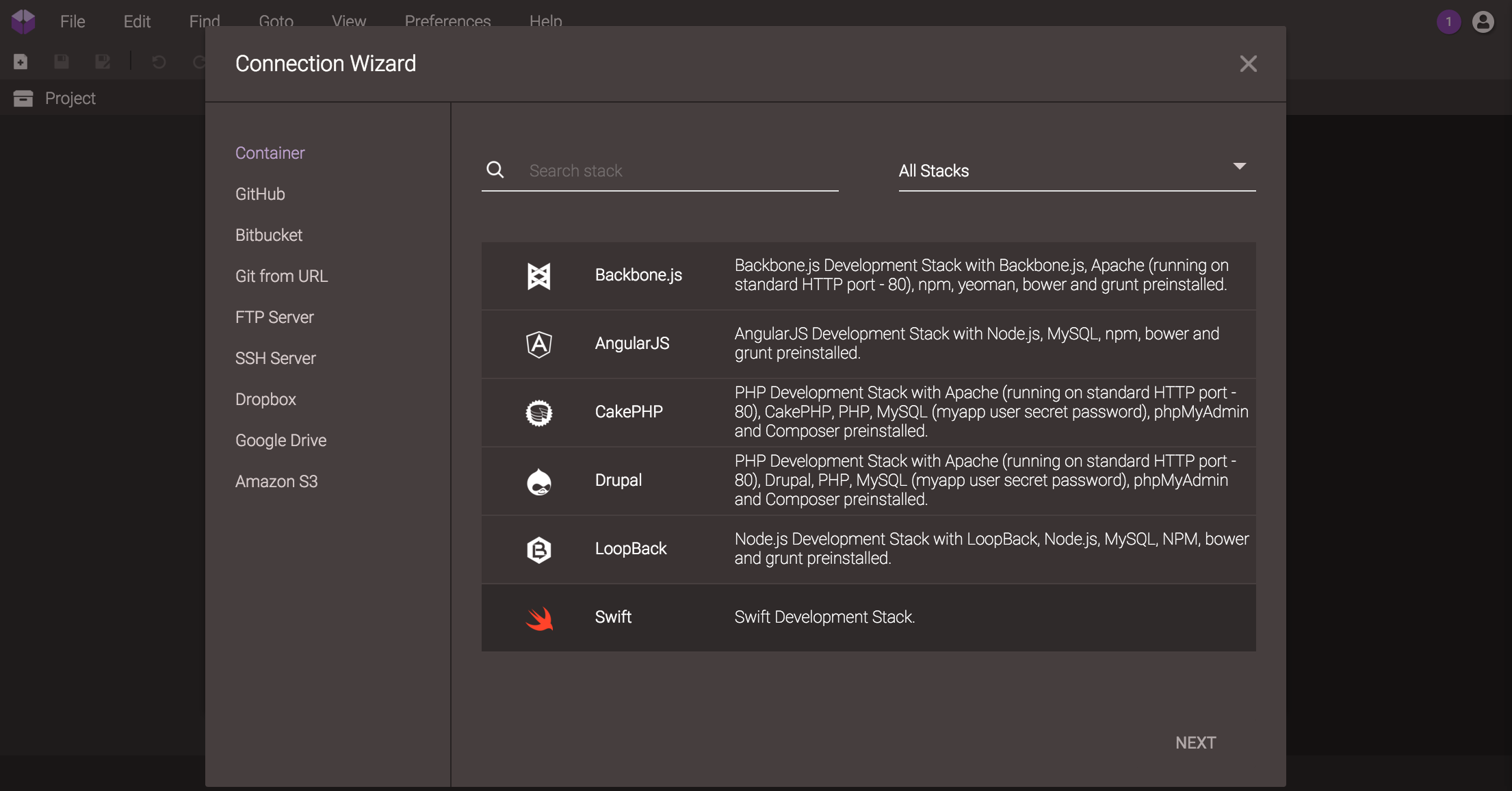 Obviously we are not the only ones that are happy about this as we’ve had a lot of requests to support Swift recently, and now that we have, in just a couple of clicks you can easily create, edit and run Swift apps in Codeanywhere.

Excited about Swift but don’t know where to start? Check out the official guide:

Then login to Codeanywhere and start coding in Swift!

Login now and try it out for your self.