One of the biggest problems of cloud-based IDEs is speed. Speed of opening files, speed of editing, speed of loading the editor.

To fix this problem, we sat, heads down for the last 7 months, and wrote code, tested, rewrote code and again and again. We ended up rewriting all of Codeanywhere from the bottom up. We had to create some very specific components particularly for our use case, just to address the speed issue. So after all these months of work, we are proud to have finally released Codeanywhere v.6.

Codeanywhere v.6. is now up to 4 x faster than the previous version in editing files, and is up to 2 x faster in loading files. We had added support for handling really large files as well. Codeanywhere can handle files with over 200k lines easily, and will open those file almost instantly. This is a huge leap for us and for your productivity. But since we rewrote everything, we didn't just stop at speed.

Aside from speed, Codeanywhere’s new version has a bunch of other new features as well, that include; All new UI, Goto Anything hit CMD+P to find anything, including commands, GitHub/Bitbucket repository import wizard, Drag & drop files and folders from your desktop to Codeanywhere, SSH terminal real-time collaboration, Manage multiple containers and remote servers or cloud services in a separate projects and more.

A lot of effort was put in the UI and UX. We tried to keep the text editor's minimalistic style that people were used to, while adding a new, fresh and modern feel. But of course keeping in mind that developers want to mostly focus on the code. 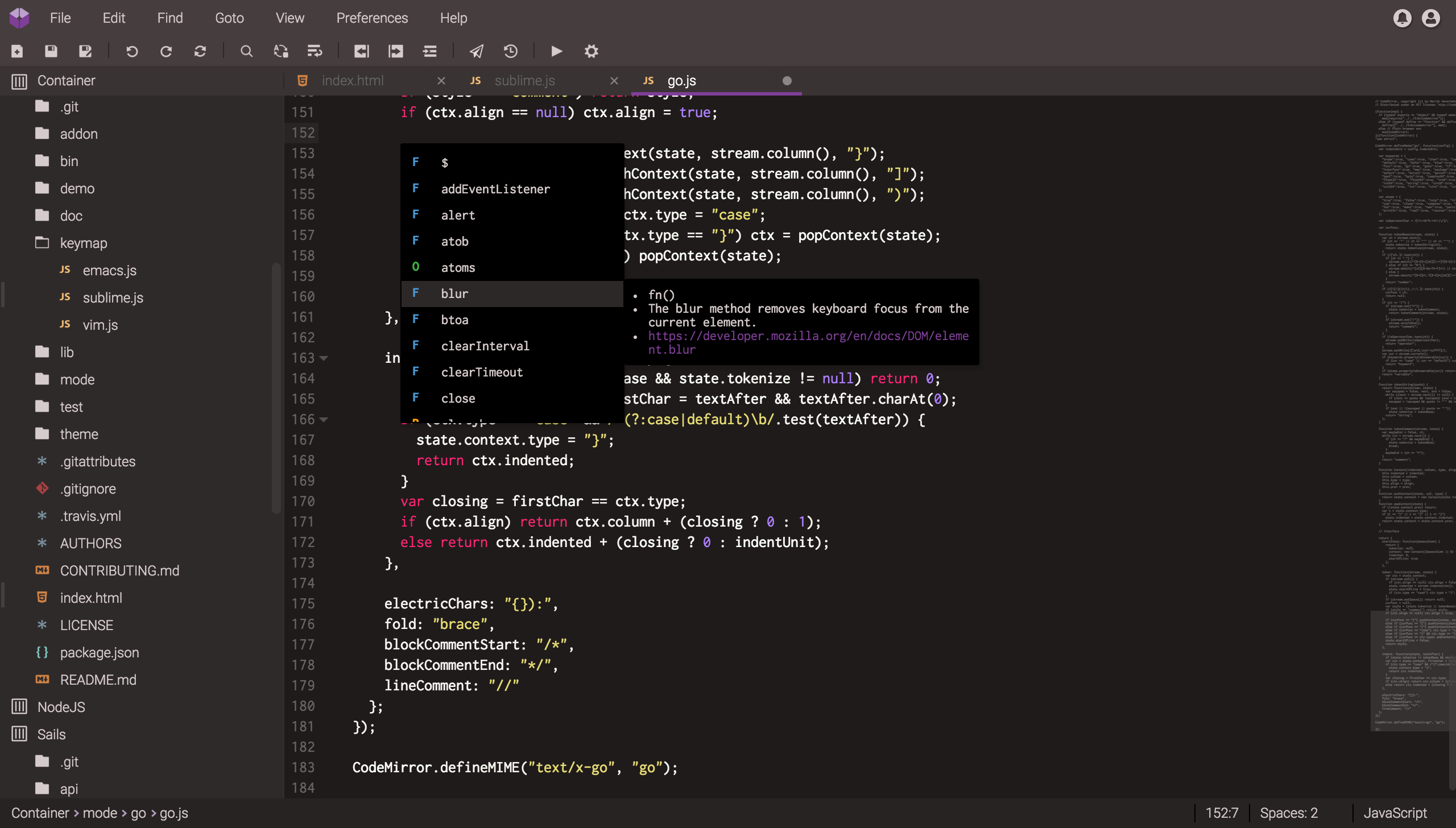 Instant SSH Terminal Console session collaboration with zero configuration. Just click Share as you would any other file in Codeanywhere and your fellow developers will get an invite to be pulled into your Terminal session, in real-time Tmux fashion.

With our new Goto Anything, you can; search, open a file, go to line number, or execute a command. All of Codeanywhere's functionality can be triggered from one place. 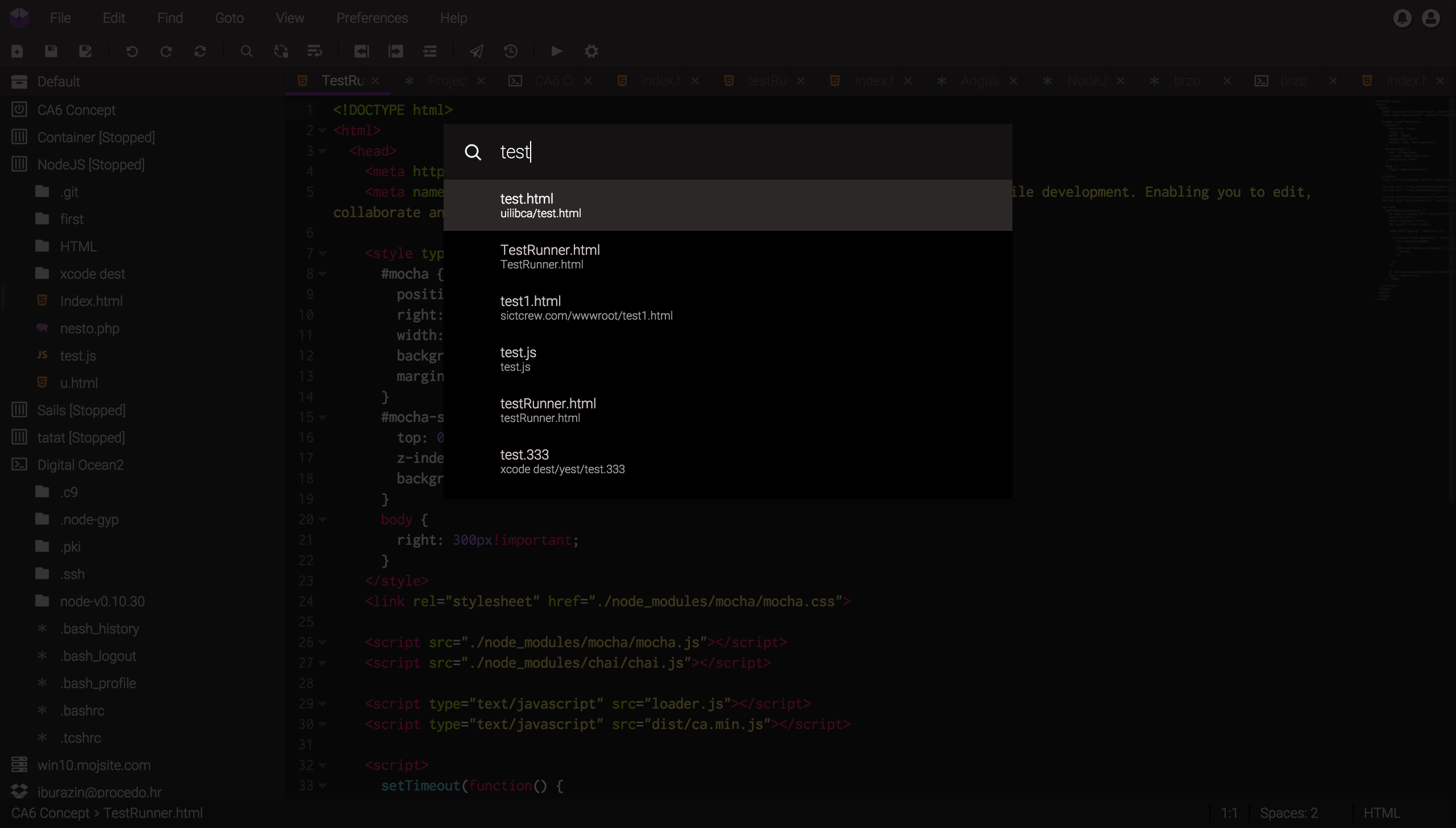 A beautiful new Go To Anything

The Project feature is one thing that was really missing and we have received lots of requests for. Now you can organize your work into separate projects and easily switch between them without having to reload or use separate tabs.

As you can see there is a lot going on in Codeanywhere v.6. but there is even more inside. Login now and try it out for your self.