As Codeanywhere is becoming more and more a place where developers spend their time, we decided to start demystifying these types of questions and post reports periodically so that we can find answers to these questions.

Our Data and Metrics

This report was prepared using anonymous metadata from more than 300,000 users of Codeanywhere. Keep in mind that all users from this report are using Codeanywhere, which is a web-based IDE currently intended mostly for web developers.

Top Programming Languages in 2014 According to Codeanywhere

As mentioned at the beginning, this is data from Codeanywhere’s users, who are predominantly web developers. Also, Codeanywhere does not fully support some languages, for example Java, so that’s why you won't see it in this report. 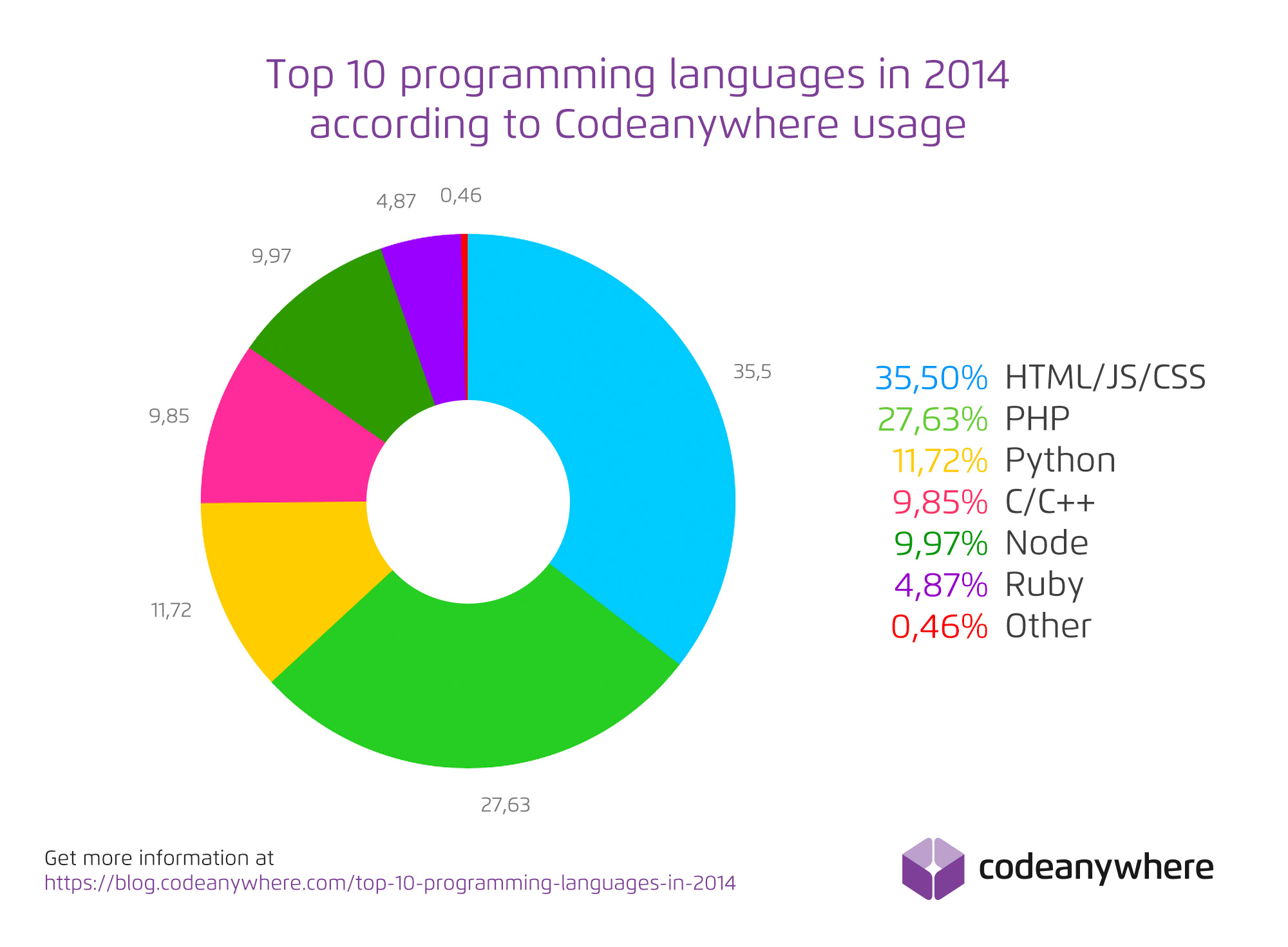 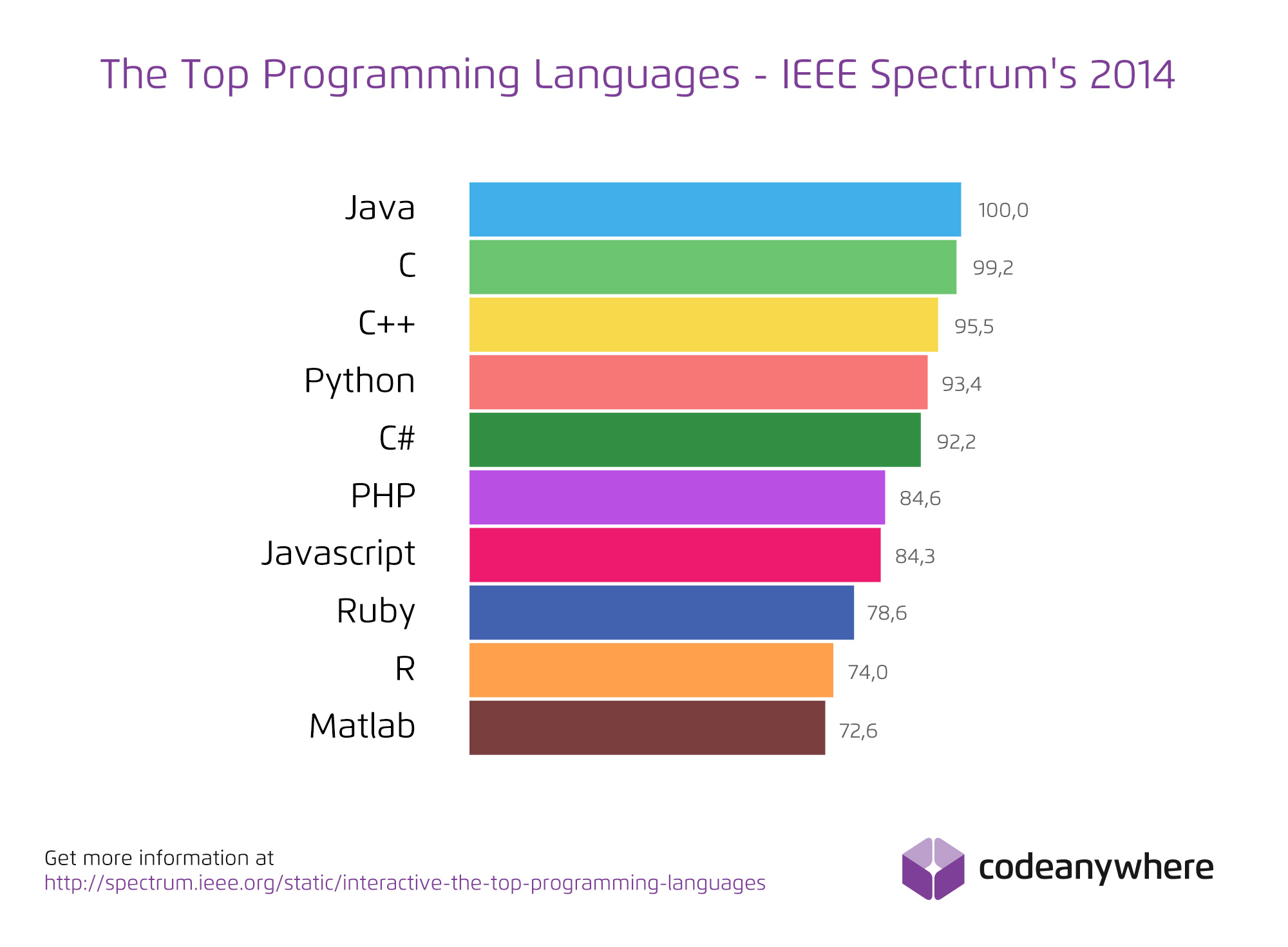 These reports are interesting to look at, but the data is collected from a certain cohort of users and, in that sense, they are intended to be read as a data point. You should never use them as the basis for changing your job, education or application.

As this is our first report, we will keep it short, but it will be interesting to see how these charts change next year.